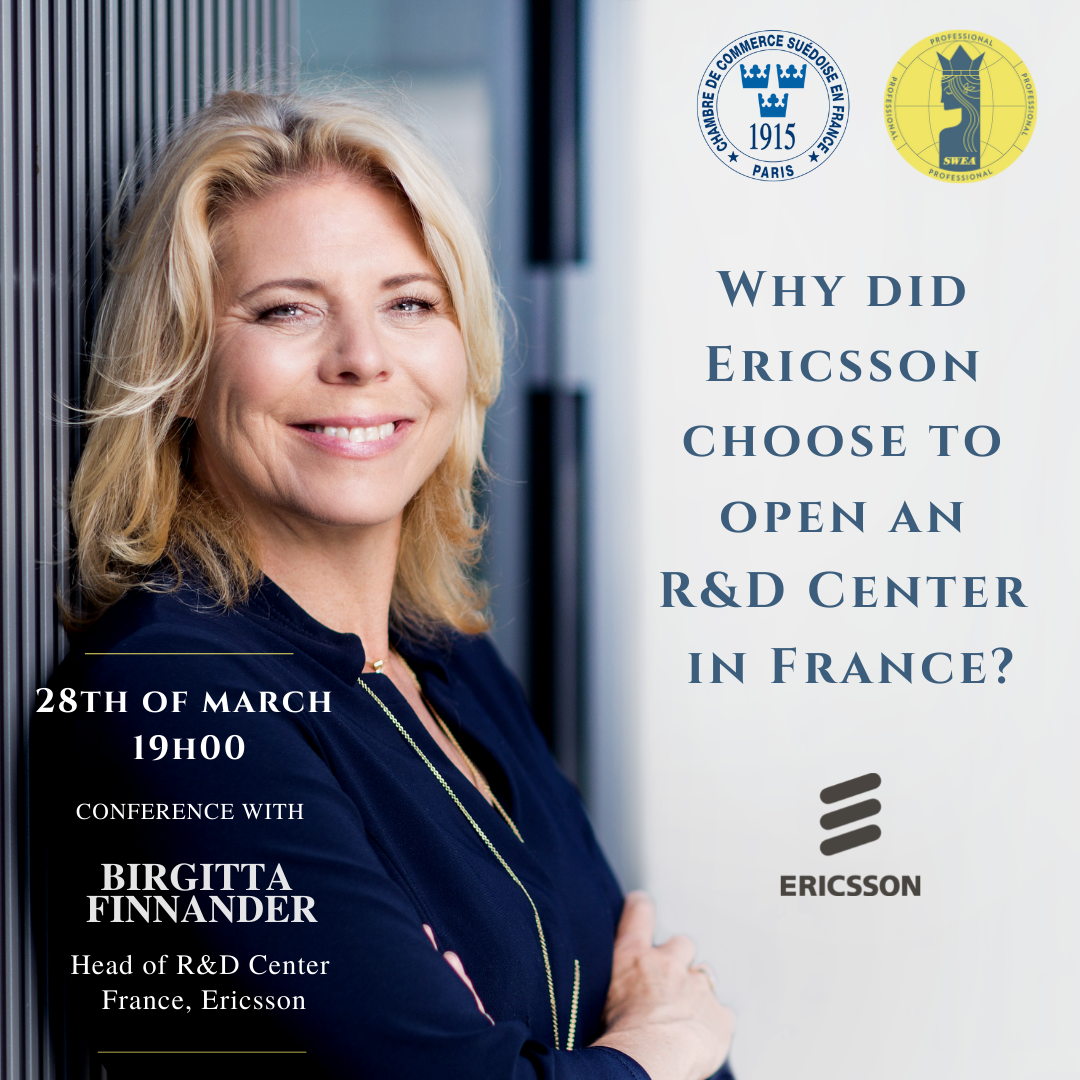 ”Why did Ericsson choose to open an R&D Center in France?”

”Why did Ericsson choose to open an R&D Center in France?”
Meeting with Birgitta Finnander, Head of R&D Center France, Ericsson
Monday 28th of March 2022 19.00
Birgitta Finnander has worked at Ericsson since 1990. Birgitta started her career at Ericsson in Stockholm, where she held many different positions.
She came to France in 2020, where she is now in charge of the new R&D center. Before that she was for three years head of the R&D center in Poland and Ukraine.
The Ericsson R&D center France opened in January 2020. It is dedicated to 5G and 6G software research and development with focus on Security, Private and Mission Critical Networks as well as AI and Automation.
Ericsson is now under a strong development and the goal is to reach 200 employees by the end of 2022 and thereafter 300 employees.
Birgitta will talk about why Ericsson choose France for its new R&D center, how far they have come, where it is going and what they are focusing on.
This event is organized by the Swedish Chamber of Commerce in France and SWEA Professional Paris.
The conference will be held in English.
Programme
19.00 Presentation by Birgitta Finnander
19.45 Cocktail and networking
Venue: Chambre de Commerce Suédoise en France
39, avenue Pierre Ier de Sérbie
75008 Paris
Members CCSF et SWEA Paris: 15 €
Non-members: 25 €